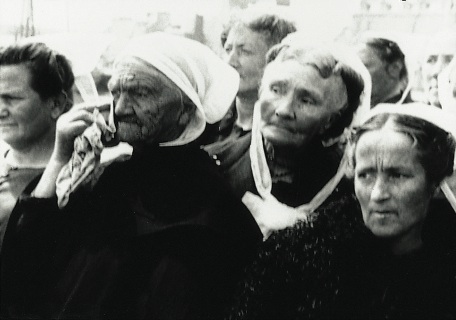 « This film by Baroncelli, which is the second (but not the last) adaptation of the famous novel by Pierre Loti, has many cinematographic and documentary qualities which take us beyond the rather conventional storyline.

Pêcheur d’Islande, which was filmed at Paimpol in Brittany, takes us into a world which has now disappeared; whether it be the fishing expeditions of the 1920s, or the landscapes of hedges, paths and fishing villages. Jacques de Baroncelli also manages to slip documentary footage into his film (footage on cod fishing techniques or on Breton weddings taken from Pathé films at the beginning of the 20th century). Some local people even played small parts, their sea-chiselled faces contrasting sharply with the pale Parisian actress (Sandra Milowanof).

Although the prolific director Baroncelli (1881-1951) is generally underrated by critics, in this film he shows a perfect mastery of film language and a real author’s touch at moments. Even if the film does flagrantly overuse superimposition and weather symbolism(!), the passage in the cemetery of Ploubazlanec (with the wall for those who have lost their lives at sea) is stunningly beautiful. Other remarkable sequences include the ghosts appearing to the sailors, the wedding meal or the dead calling out in the heart of the storm. Baroncelli was also well known for choosing and directing his actors, it is the case here with the fine acting by Charles Vanel and Sandra Milowanof.

Eric Sterenfeld, who comes from the alternative rock scene, has composed electronic music for many years. He often works with theatre and film projects, and the spectactors of the Magic Cinema will remember well his cine-concert of Le Bonheur (1934) by Alexandre Medvedkine – which won the acclaim of Chris Marker. We are impatiently looking forward to this new work”.