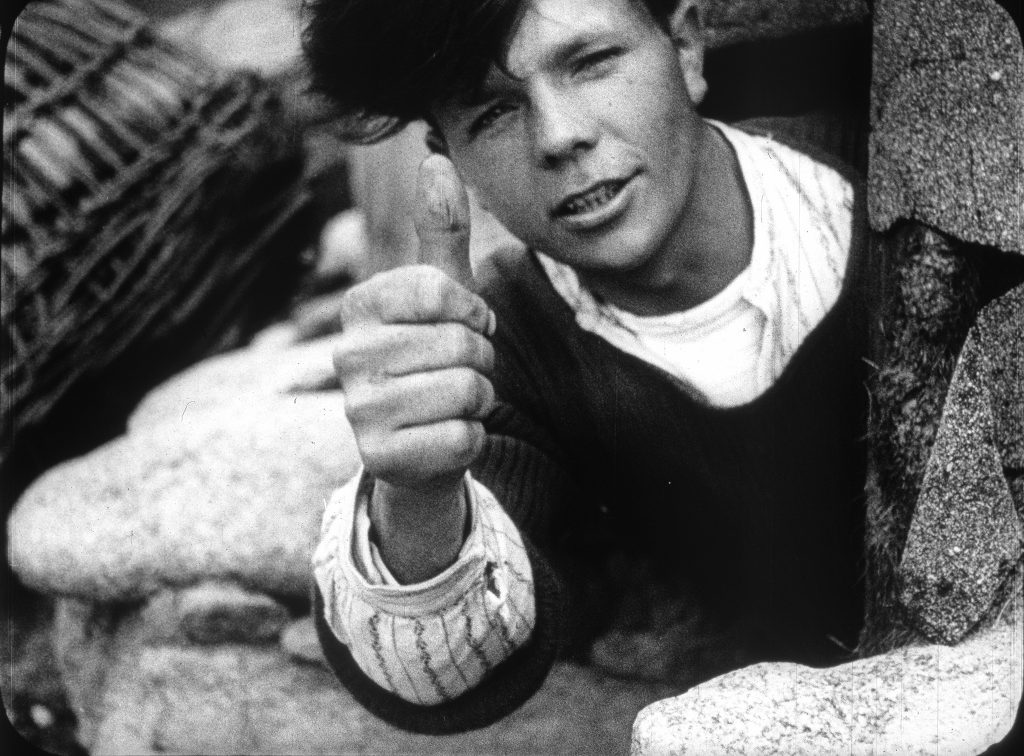 The story centres on a small group of men harvesting seaweed on a tiny deserted island off the coast of Brittany, During a quarrel one of them, Ambroise, is injured by a shard of glass and the wound becomes infected. He is put in quarantine, but his state is so bad that his colleague Jean Marie decides to take him back to Ouessant. The film’s title is the old Latin name of the region Finistère, where the story is set, and means “End of the Earth”. The film is shot in a documentary-like style, with local non-actors in all roles, and frequent handheld camerawork.