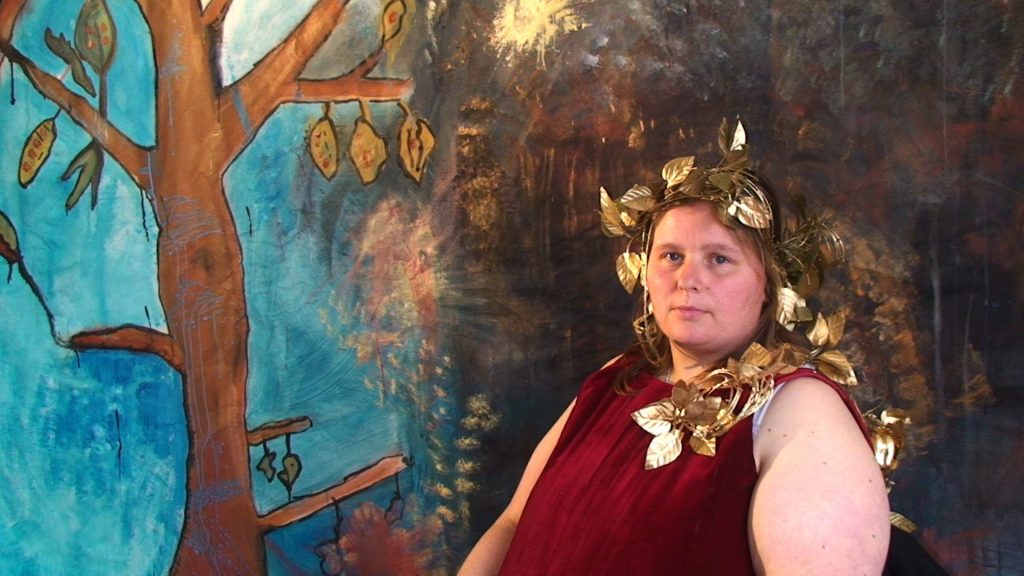 This project started out with a proposition from Hélène Cancel, director of the theatre Le Bateau Feu in Dunkirk. As the theatre was closed for renovation work, from 2011 to 2013, they had set up a programme where artists worked together with local residents on a series of creative projects.  Sylvie Reteuna and I were to work together with a social centre, (la maison de quartier Soubise).

We decided to base our project around love songs, and to make a film. Each participant chose a love song that was particularly important to them, and which was to serve as a base for a filmed sequence. After a period of workshopping, these sequences were filmed in studio and all over Dunkirk. A group of fantastic students from Dunkirk Art school made scenery and props including a mermaid’s tail…  The sequences were woven together in the edit with a choral piece, made up of questions about love written by the participants.  It was, appropriately, the year of the transit of Venus, which also got into the film.