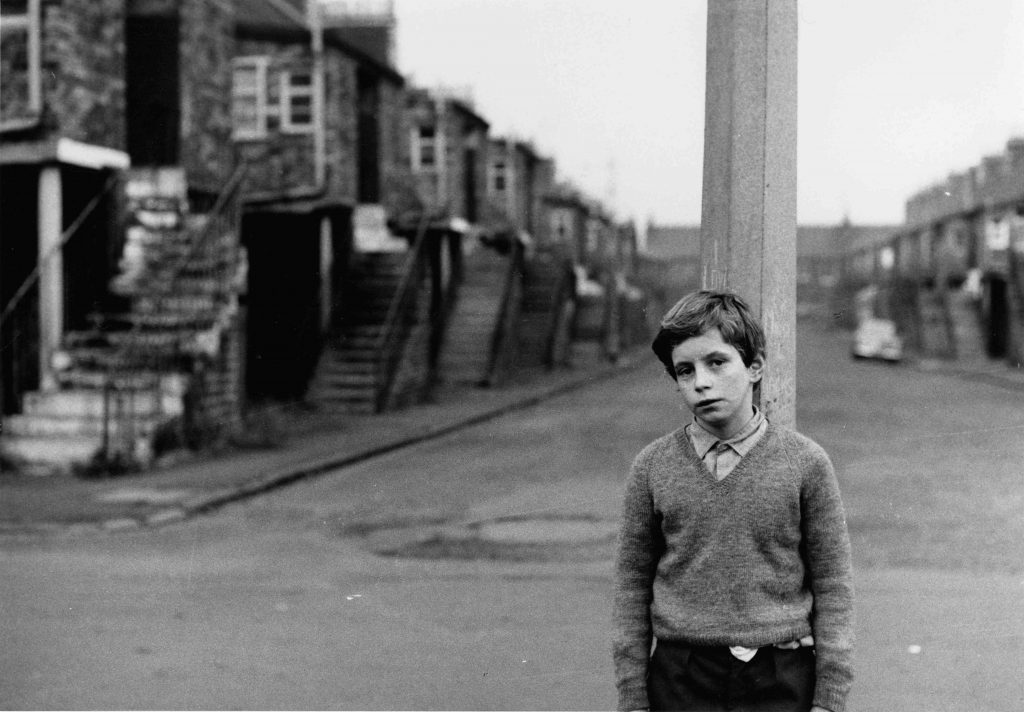 “Surely it is imagery that is the language of cinema, a brand new language that almost a hundred years after its discovery is still to be properly learnt. The silent cinema started to learn it…Sometimes I fear it may be a lost language” Bill Douglas

My Childhood (1972), My Ain Folk (1973) and My Way Home (1978) provide a painfully intense picture of a harsh upbringing marked by poverty, isolation and the complex family background of a boy who only gradually discovers that his father is the man who lives down the road and that his mother is in an asylum. All three films were closely modelled on the director’s own experiences and memories. They were largely filmed in Newcraighall, the mining village on the outskirts of Edinburgh where Bill Douglas was born on 17th April 1934 and where he spent his childhood.

“The Bill Douglas trilogy is not a silent film. In the three films, we are presented with precise moments of memory, in a series of still images which dilute time; the poetry of the images stands as a contrast to the harsh life described in the films. Sound and dialogue are rarely used, and serve to emphasize silence …The atmosphere of these images has inspired me to create a set of sounds to accompany the film, combining sounds from urban and industrial life, from nature, electro-acoustic layers reflecting the grey/black of the mine, and acoustic instruments. The progression of the sound will mirror that of the trilogy, moving from darkness to light.” Eric Sterenfeld

Produced by the Magic Cinéma Bobigny, with additional funding from the SACEM