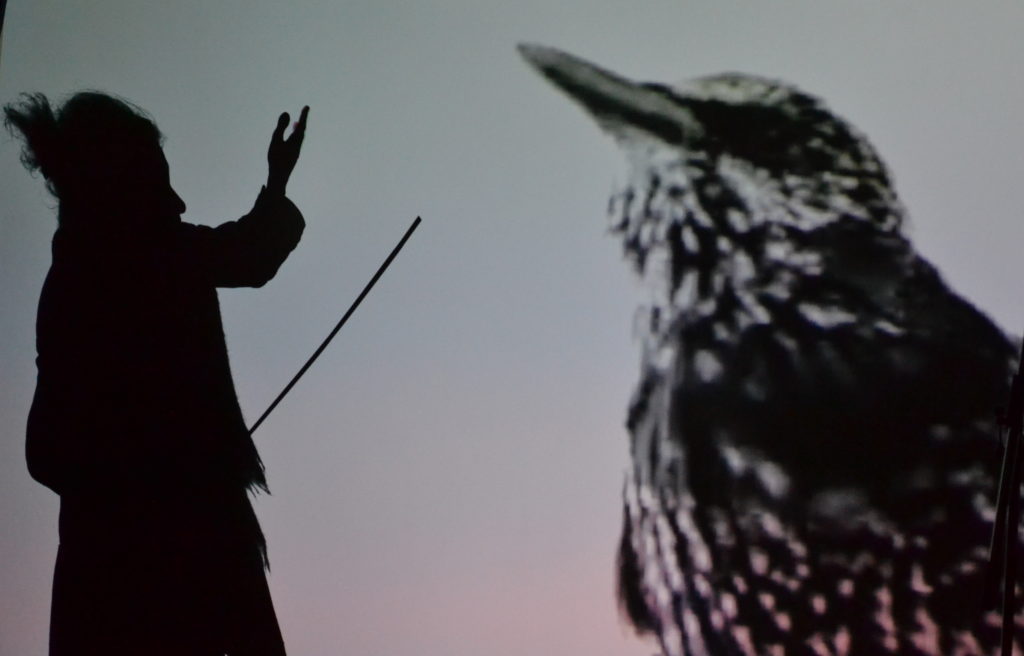 Flying Birds. Excellent birds. Watch them fly. There they go. / Falling Snow. Excellent snow. Watch it fall. Here it comes. / Long words. Excellent words. I can hear them now. This is the picture      (Laurie Anderson)

Starling is a text, music and video piece about migration, music and language.

Starlings are migratory birds who are well known for their spectacular mumurations. they are also accomplished imitators, kept as pets since long ago for their capacity to copy human speech, other birds songs and even the sounds of machinery. A starling will mix its own songs and the sounds surrounding it, with slight variations, to weave a long soliloquy which is never exactly the same twice.

We wish to explore the links between migration, language and music, in relation to the larger pattern… We have chosen the starling as a symbol of the theme of migration, a theme which is so omnipresent and important at the moment that it imposes itself a fortiori. Like starlings, we want to weave words, sounds and music to compose a soliloquy made up of many voices, changing, adaptable and free.

To make a piece which, like a bird’s song, is never exactly the same.

For this project, we are collaborating with the artist Annick Sterkendreis, who in her series of photos Posture, Imposture approches the theme of migration through metaphor. When she realised that migrating people and birds tend to gather at the same coastal towns, she embarked on a voyage of two years with a simple bird mask…

Starling was first shown in November 2017 at Armbouts Cappel and Chateau Coquelle, Dunkirk, and in March 2018 at Cap Etoile, Montreuil